Indian Horse emotionally denounces the violence against native people by recounting the harrowing experience of an unfortunate and representative victim. According to film critic, Georges Privet, it is a film that every Canadian should see. Produced by Clint Eastwood and directed by his regular cameraman, Stephen S. Campanelli (Canada 2017), this adaptation of the popular autobiographic book by Richard Wagamese takes us into the reality of one of these children: young Saul Cheval Indien, who survives the horrors of the residential schools thanks to his curiosity and talent for hockey. Between 1870 and 1996, some 150,000 native children were sent to these residential schools which, according to the Truth and Reconciliation Commission of Canada, were largely responsible for their cultural genocide. The native actors in the film are excellent and, in particular, the film tells an important, and necessary story of our native people which deserves to be brought to the screen with all the respect and humanity brought to it by Stephen Campanelli, says film critic Mario Cloutier. The film will be presented at The Little Green Library at 4 Lorne in Huntingdon in its original English version on Friday, March 8 at 7:30 p.m. and in French on Sunday, March 10 at 2 p.m. It is a film for all. Admission is $7 for adults and $3 for those 16 years and under. 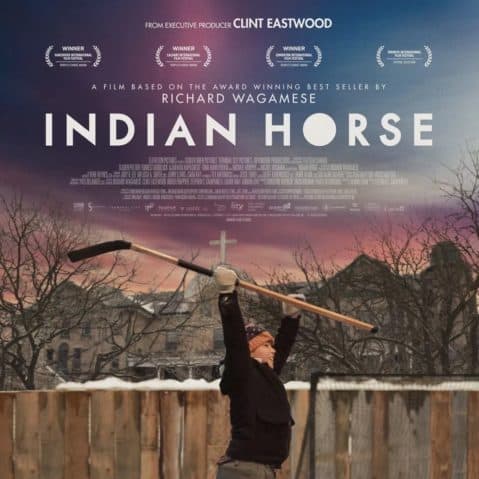 Carole Gravel to exhibit at The Little Green Library