Students at Chateauguay Valley Regional High School (CVR) had their last day of regular classes on Thursday, June 9, and the difficult year merited a day of extra-special events for them to enjoy.

The morning began with a number of students foregoing the school bus in favour of tractors in the grand old tradition of the annual CVR Tractor Day – and despite the soggy weather, one of the parking lots in front of the school was filled with machinery of all colours. Another brightly coloured vehicle on site was a food truck, which served up fresh churros to the student body, who were also treated to a special lunch in the cafeteria.

The highlight of the day was an appearance from world-renowned dance duo Les Twins. The students’ mood was charged in the lead-up to the performance, with everyone pouring into the auditorium cheering and chanting. While the audience might have expected an exciting and inspiring display of dance, there was much more than that in store.

Les Twins, otherwise known as Laurent and Larry Nicolas Bourgeois, were born in a Paris, France suburb in 1988. The identical twin dancers, the youngest of nine children in a Guadeloupean family, have a list of achievements that is long and impressive. Self-taught, they first rose to prominence in their home country in the early 2000s; then in 2010, with a video that went viral on YouTube, they became known to the North America public. Storming ever upward, they won the hip hop division of the international street dance competition Juste Debout in 2011, and the American reality television series, World of Dance, in 2017. They have been featured dancers for artists including Beyoncé, Meghan Trainor, and Missy Elliott, and outside of the dance world they are also renowned choreographers, producers, models, and designers. 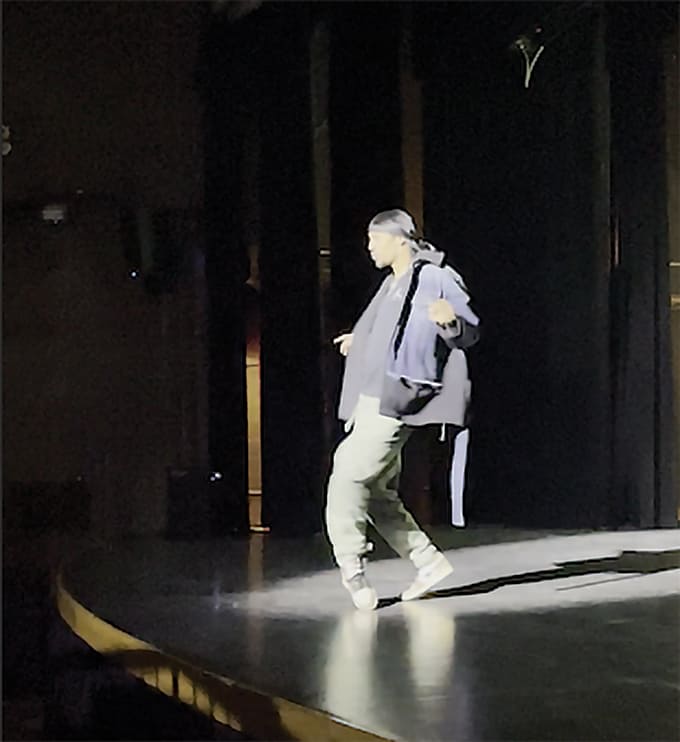 When they arrived on the stage at CVR last Thursday, the brothers began their performance not with the New style hip hop dancing for which they are so famous, but instead with an extended chat with the audience. They offered wisdom, told stories of their lives, fielded questions, argued and poked fun at one another, and brought various members of the teaching staff and administration onstage for demos and dance-offs. In a surprise twist, at one point they also offhandedly called a group of dance students down from the auditorium balcony, cracking that they were going to take over the performance. In the audience, whispers of “What are they supposed to do?” could be heard, but the students smoothly stepped into choreography that they had clearly been polishing for some time.

As for their own dancing talent, which they displayed in electrifying individual performances near the end of their time at CVR, Les Twins are anything but solemn in the way they describe it. Larry said “When we dance, we’re weird … it’s like throwing up!” They also emphasized the importance of mistakes, and the opportunity they present, when one student asked if that had ever had onstage “fails”. The pair were delighted by the question, with Larry replying eagerly: “Fall onstage? That’s the best moment!” Laurent countered, “When you fall onstage, that’s when you become a star … everyone is looking at you!” Larry chimed in again, driving the point home that one should consider setbacks, in dancing and in life, as the time to make a move: “This is your moment to kill it!”