FOR SALE: A beautiful little parcel of land containing five acres in superficies more or less, part of lot No. forty-three, on the 1st range of Saint-Anicet, situated on Lake St. Francis, at a distance of one mile from the Village of Saint-Anicet, with a dwelling house, milkhouse, stable, barn and shed thereupon erected. There are several fine apple trees on the premises which are perfectly well fenced. Michael Donohoe, Mason.

DUNDEE: A fox hunt, which was captained by David Vass of Cazaville and John A. Ferguson of Dundee, came off one day last week, but they failed to find any of the Reynard family strolling around the circle of the hunt. Nevertheless, the dance came off at Cazaville all the same.

They are commencing to get out ice here, but it is not as thick as usual at this time of year, being from 12 to 13 inches.

The ice on the trees is very fine to look at when the sun shines, and in this case distance lends enchantment to the view.

HOWICK STATION: Russell Logan recently received the Ayrshire bull calf given by the Oka Agricultural College at the Provincial Ploughing Match as a prize. He is sired by Springburn Victory Bond whose dam Maple Leaf Jean was sold for $3,750 and last year made the world’s record for milk. His dam also has a record as a junior two-year-old. It is a prize well worth winning. 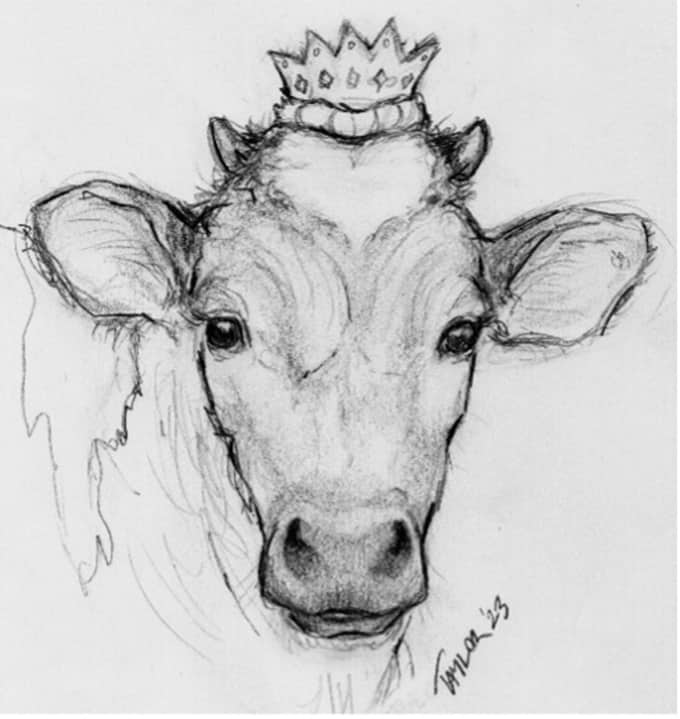 GET A FRESH GRIP ON YOURSELF – By building your body to its highest point of efficiency. Your health, vigor, ability to forge ahead all depend on your choice of foods. GOOD BREAD is rich in force and energy. Extra-liberal amounts of the finest yeast and milk give it a high vitamin content. It’s food for workers. Ask your Grocer, Zephyrm Rousselle, Phone 60, Huntingdon.

ARTISTS ARE LIKE PEOPLE: The sensational young violinist, Leona Flood, who is appearing on Friday evening February 27 at the O’Connor Theatre, presented by the Huntingdon Youth Association, feels very strongly that youngsters, no matter how talented, should be permitted the same freedom and time for play as any other child. Leona is most grateful herself for the wonderful years she had in her childhood, spending summers at the lake, riding horseback, picnicking in the pine woods back of her home, … attending large family Christmas parties, bobsledding with the neighbourhood kids, and living the life of a happy, normal youngster. “It makes it that much easier now to devote my entire time to growing in stature as an artist,” she says.

VISITING RESTRICTED: Hunt-ingdon County Hospital has put restrictions on visitors because of the incidence of influenza in the region. Patients may receive visits only from one member of the immediate family, such as a husband or wife, the hospital announced this week. Barrie Memorial Hospital in Ormstown has considered restricting visiting for the same reason but has decided to take no action for the time being, at least.

Gary Arnold testifies in in his defense during kidnapping trial