The second edition of the Fall Festival, held at the Ormstown fairgrounds and organized by the Livestock Breeders Association of the District of Beauharnois (LBA), is set to start on September 30 with special guest speaker Dr. Temple Grandin, followed by two days of festive activities celebrating the harvest season.

“We tried it last year, and despite the weather, it really was a success,” says LBA manager Sue Morison, recalling the cold and wet conditions that dampened the inaugural event. The first edition also coincided with a swelling pandemic wave and public health measures that required visitors provide proof of vaccination to access the site. Morison admits it was a lot to think about. She says this year’s version will still be weather-dependent, but insists there are so many activities planned, it is sure to be a great event.

Visitors to the Ormstown fairgrounds have already been enjoying the giant 10-acre corn labyrinth since early September. The huge maze offers families a fun outdoor activity that includes a puzzle to solve. Following the Fall Festival, the LBA will be holding several evening events in the maze, including a “full-moon fright” on October 8, as well as a Halloween version on October 28 and 29. Tickets for the corn maze must be purchased in advance, online at lbafallfestival.com.

Visitors will also be able to test their nerves with a visit to the LBA’s haunted house, set up in the Industrial Building. “I have always thought it would be great to have a haunted house in there,” says Morison. “It can be daytime or night; it’s creepy in there,” she says, noting it can be pitch black with the doors closed. “We will have staff throughout, and emergency exits, if necessary,” she adds, noting there is a lot of excitement mounting about the activity.

The Fall Festival will include 4-H and cattle shows, as well as an auction, conferences, panel discussions and demonstrations, a home and garden show, a pie-eating contest, a MacDonald College woodsmen competition, and a 4-H square dance competition.

As one of the newest members of the Great Pumpkin Commonwealth, The LBA is also especially pleased to offer homegrown giant pumpkin growers the opportunity to participate in an official weigh-off. The Fall Festival will host the only bilingual weigh-off in the province on October 1. A professional pumpkin carver will also be on site to entertain visitors with their gourd-shaping magic. The event will also feature live music in the evenings, as well as local breweries and food kiosks.

Tickets for the Fall Festival can be purchased online in advance at www.showpass.com/lba-fall-festival/. 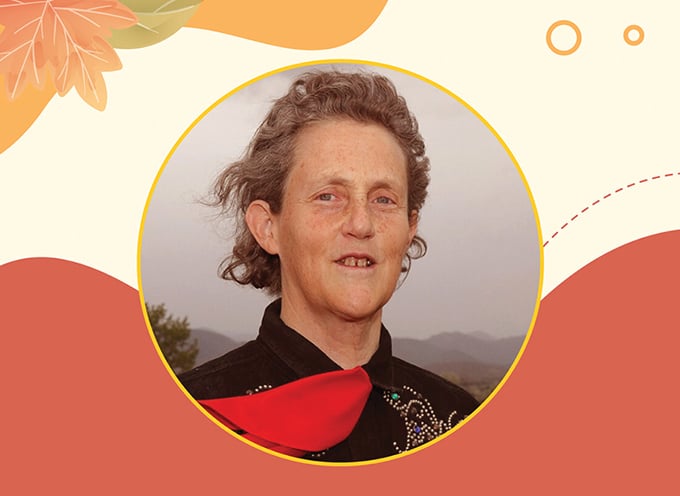 Dr. Temple Grandin, who is internationally renowned for her pioneering research in animal science, will host a conference entitled Different Kinds of Minds Solve Problems. Her talk will address her important work regarding cattle welfare, as well as her experience as an autistic person.

Born in 1947, Grandin spoke her first words at the age of three and a half, thanks to intensive speech therapy, at a time when autism diagnoses were not common. Supported through her journey most notably by a high school science teacher, she completed her doctorate in animal science, a discipline she was familiar with given her father was heir to one of largest corporate wheat farm businesses in the United States, Grandin Farms.

Now a professor of animal health at Colorado State University, Grandin’s list of objective criteria for assessing animal stress is widely used around the world. As well, around half of all slaughterhouses in North America currently use equipment she designed.

Hoping to inspire children of all walks of life, Grandin has often spoken of the important contributions of neurodivergent people in our society, either in the numerous books she has written or during conferences held across the globe. She believes her autism enables her to better understand the sensory reactions of animals. Her TED Talk on the subject, The World Needs All Kinds of Minds, has registered over 6.4 million views online.

Grandin also became a feature in popular culture after the HBO-produced biopic starring Claire Danes was released. She was also named one of TIME Magazine’s 100 most influential people in the world in 2010.

The conference will start in the arena at 7 p.m. in English; however, simultaneous translation will be available. Tickets are still available and can be purchased exclusively online at lbafallfestival.com.

The Massey-Harris Company’s 175th anniversary: The history of a company and a collector

The Woolgathering settles in at Pinehill

How can you adapt your barn to climate change?