This year it’s a play about Jean the Fabulous. An out of the ordinary, unpublished work featuring ten fables by Jean de La Fontaine with no dialogue but plenty of music and sound effects!
WHO: Eight accomplished actors living with intellectual impairment.
WHERE: For the 21st consecutive year at salle Albert-Dumouchel as part of the Fêtes internationales du théâtre at the cégep de Valleyfield. Les Caméléons will be performing on Monday, April 15 at 7 p.m.
WHEN: There will be a second performance on Friday, April 26 at 7 p.m. at Chateauguay Valley Region High School (CVR) in Ormstown
HOW: It all happens thanks to weekly rehearsals from September to April, financial support from various sponsors who ensure the continuation of this wonderful project, the work of some ten stalwart volunteers and the contribution in kind of many artists, individuals and businesses in the community.
Not to be missed. In this play, Jean de La Fontaine retires to the country to write in peace. So begins an adventure for the audience to revisit some of his famous fables and encounter a few which are much less familiar. A play that deals, in its own way, with a writer and the world around him, the difficulties that ensue and all the poetry that is thus created.
Enjoyment guaranteed! 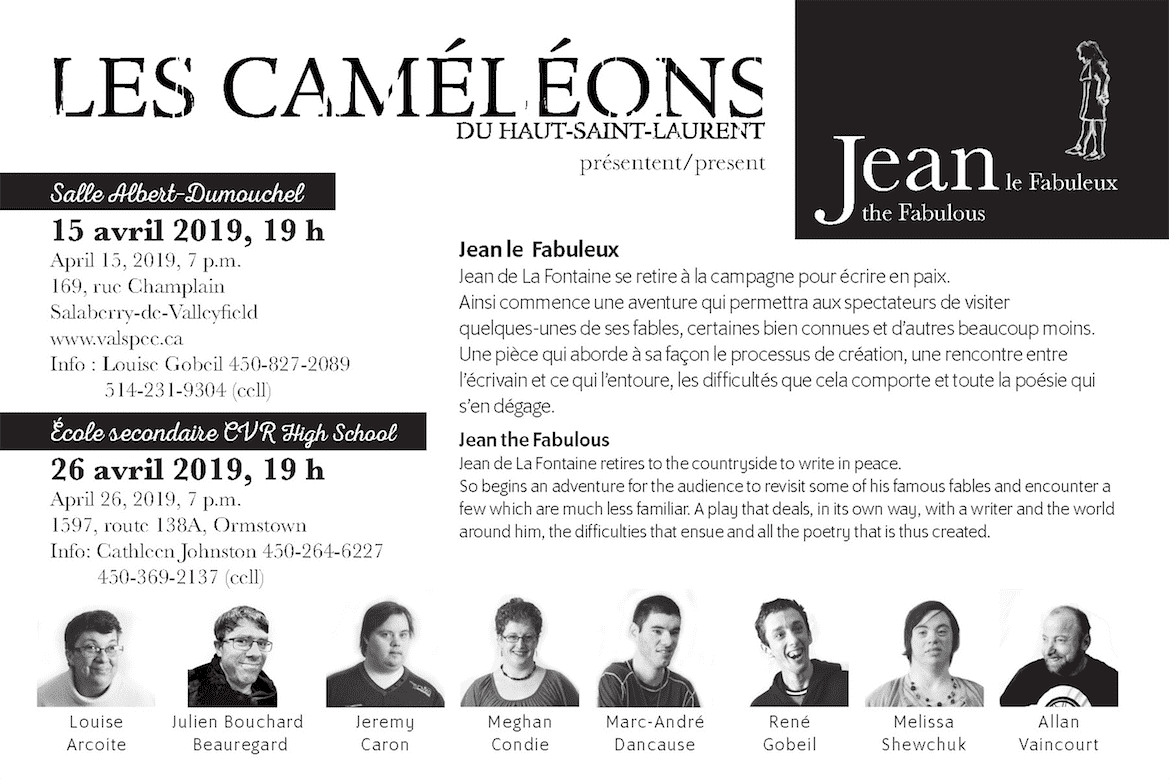