What started as a modest goal set by six teachers from Chateauguay Valley Regional High School — to raise $1,000 to help health care workers in the area during the pandemic — has swelled into an outpouring of community support that gathered about $5,000 in under four days.

“We had been talking about it for two to three weeks, kind of casually,” says English teacher Pamela Bussey, who says a mid-week teleconference between herself and colleagues Jessica Barrette, Lisa Evans, Roberta Filiatrault, Sia Georgaklis, and Terri Marino spurred them into action and the Teach, Love, Help GoFundMe campaign was launched.

Committed to supporting others, both at school and in their community, the teachers had been looking for a way to help, especially after schools were shut down in mid-March. It seemed only natural that they would reach out to the health care workers taking care of so many in the Valley. As such, all the funds raised in the first phase of the campaign are to be used to provide meals, coffee, and snacks to those on the front lines during the COVID-19 crisis at local clinics and testing centres in Ormstown and Chateauguay.

“We are all in awe at the community’s generosity and support,” says Bussey, who admits she has witnessed the Valley’s capacity for generosity in the past through school initiatives, but “it is really remarkable now because times are so hard.” As the campaign started to gain visibility on social media, the donations poured in.

“Our expectations were high, but they have been far exceeded,” says a statement uploaded to the campaign page by the Teach, Love, Help team. “We will now be able to support even more health care workers in the upcoming weeks,” it continues, suggesting supporters can like the group’s Facebook page for updates and photos. 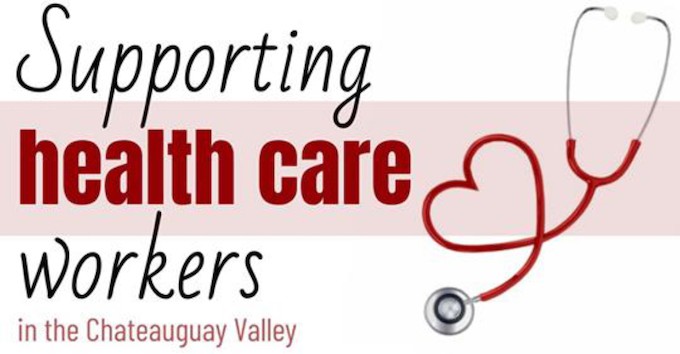 “I think, personally, there is this solidarity because we are all public service workers,” Bussey says of the group’s decision to support health care employees. “I think we don’t respect nurses and nursing assistants enough. Just seeing people working in a sister field, we wanted to help. We zoned in on health care workers because right now, they are in it.”

With no plans to shut down the page anytime soon, the group of teachers will now be able to move slightly faster than originally expected to begin delivering snacks and meals to workers. “We don’t have exact plans for phase II, but it will involve those on the front line,” Bussey says.

Those interested in supporting the campaign can find more information and instructions for donating online at: https://www.gofundme.com/f/supporting-healthcare-workers-inchateauguayvalley