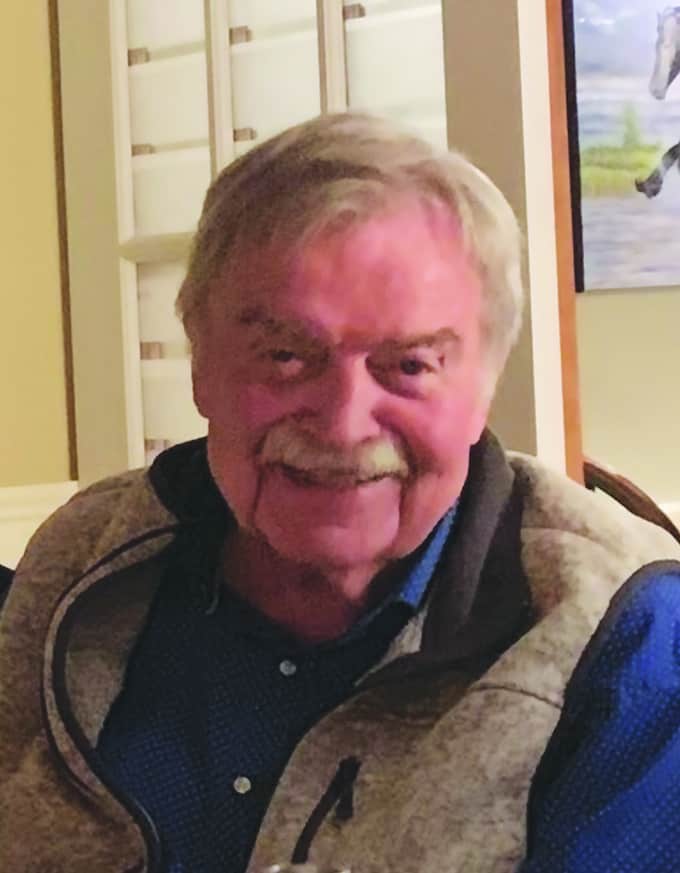 Daniel Leahy, 89, of Franklin Center, Quebec passed away after a courageous battle with cancer on June 2nd, 2022, in Montreal, Quebec. Predeceased by his wife, Shirley Leahy (nee Adamson), in 2014.

Daniel was born on August 16th, 1933 in Franklin Center to Daniel Leahy and Frances Ryan. He grew up with siblings Colleen (Edward Pete), Betty, Frances (John Kilgour), Ann (Farrell Lapres), and James (Alice St-Onge). He loved spending time on the farm growing up but had an innate passion to move to the city and start a career. He moved to Montreal as a young adult and followed his desire to work in sales. Fate led him to Birks where he was one of the top salespeople and he was introduced to the top sales performer, Shirley Adamson. They fell in love and remained married for 50 years until Shirley’s passing in 2014. Together they had 5 children: Debbie, Cathy (Tim Gajewski), Sandra (Lloyd Leyden), Danny, and Kellie (JP Levis). He was a cherished grandfather to Veronica, Julia, Maria, Michael, Matthew, Nicholas, Christopher, Jennifer, Sean, Thomas, Ryan, and Kiara. Being a kind, dependable father, grandfather, uncle, brother, and it was of the utmost importance to him that he remained present and always “Showed up”. One expression that he spoke about often is the meaning of the word love and for him, it meant being present in the lives of his loved ones and feeling hope.

Having been raised on a farm, embedded in him a love of nature and the outdoors, thus, explaining his passion for golf, skiing, and the ocean. He enjoyed yearly family vacations to Bermuda, Maine, and Florida. Shirley and Dan both had great dancing skills and would often participate in dancing competitions during these vacations.

Daniel was a very hard-working, driven man who never shied away from an opportunity to roll up his sleeves and get the job done. Later in life, his work became his driving force, even during trying times. Just as he dealt with all his experiences in life, Daniel managed his illness with strength, fierceness, and courage and remained true to his desire to spend as much time as possible with his family. We know he is with the love of his life in heaven enjoying her beautiful garden and singing and dancing to “Danny Boy”.

The funeral service will be held at Paroisse St-Sauveur, on June 15 at 1:00 P.M. at 205 Rue Principal, Saint Sauveur, J0R 1R0. In lieu of flowers, donations to the JDRF (Juvenile Diabetes Research Foundation Canada) or the CMF (Canadian Mesothelioma Foundation) would be appreciated by Daniel’s family.