The church that stands majestically on the corner of Lambton and Moulin Streets in Ormstown has stories to tell. Now known as the Community Church or the Church of the Nazarene, it was originally built as a Presbyterian church in 1931. The building was constructed on the site of the McGerrigle store, which had previously been destroyed by fire.

Ormstown carpenter David Archie Barrington did a lot of the woodwork that is found in the church building. “I can see it, because I grew up in a house that he lived in and I recognize his woodworking,” says great-grandson Rev. Randy Barrington, whose roots are deeply intertwined with this church. Angie Barrington, his great-grandmother, was the first church secretary, and his great-grandfather’s brother, Jack Barrington, originally held the mortgage. 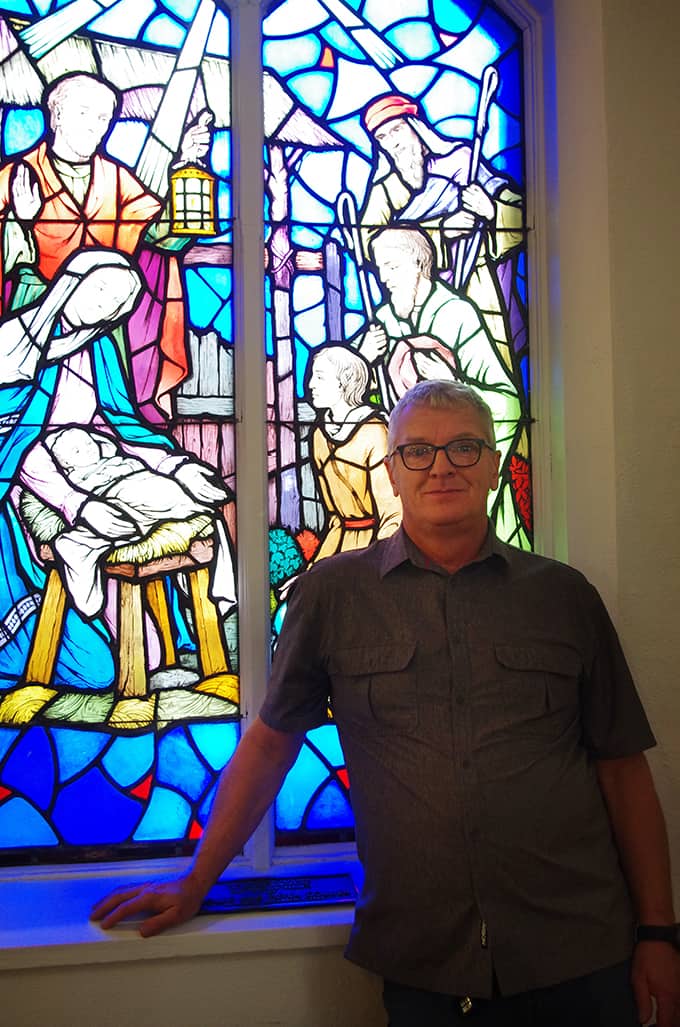 Rev. Barrington attended the church as a boy with his family, and he was married in it 35 years ago. Years later, when a “supply pastor” was needed, he led worship there for almost a year. Parishioners were dwindling at that time, and soon after, Barrington was called back to his own church in Franklin.

Put up for sale

On a summer night in 2011, a motion light fixture in the Presbyterian church shorted out and ignited a fire. Although firefighters were able to extinguish the blaze, the church sustained a great deal of damage that extended from the back well into the church interior. “Another 10 or 15 minutes, and the whole church would have been gone,” recalls neighbour Jacques Sabetta. As the church community was small and the cost of the reconstruction was high, the Presbyterian Church in Canada decided not to renovate the building. It was put up for sale. Barrington remembers the rumours that “The church would be a dance hall or the town hall or renovated to become commercial condos.”

While working at a Legion barbecue a year later, Barrington had a conversation with Sabetta. The latter announced that the church had been sold. “Oh, yeah? What’s it going to be?” asked Barrington, and Sabetta replied that it was going to be a church once again. “The person that bought it is going to fix it up and put it back to the way it was, and he’s going to lease it to you for a dollar,” said Sabetta.
“I kind of laughed,” recalls Barrington, “and asked him how he knew.” The reply surprised him: “Because I bought it, and that’s what I’m going to do,” Sabetta said.

Jacques Sabetta and his wife Darleen owned the house next door to the church, but at the time of the fire they were living on Covey Hill. Sabetta explains he bought the church because “Two-thirds of my driveway was on church property and I wanted to build an addition to my house, and I couldn’t because it was different lots.” He also mentions his late mother. “I thought, what better way to remember her than to buy the church?” Although, “She was a devoted Catholic, and she would have killed me if she knew I bought a Presbyterian church,” he laughs.

True to his word, Sabetta started renovations right away. He hired Michel Rochon and his son to start the renovation, and Mike Furey completed the enormous project. Sifting through the debris, Sabetta found one of the few books left intact after the fire: a family bible that was donated to the church in 1973 by the Barrington family. “A paperclip scorched one page, but nothing burned,” says Barrington.

Sabetta’s labour of love ensured that everything was meticulously restored, from the blackened church pews to the bell tower chimes (a two-octave, twenty-one tone carillon) which were replaced by the Verdin Company, which was the original installer. The stained-glass windows were cleaned and brought back to their original glory, except for one window over the altar which remains partially melted; it was purposely left as a reminder of the fire. In total it took nine months to fully restore the church.

After the restoration was complete in 2013, The Church of the Nazarene rented the building from Sabetta for one dollar a year for three years, after which Sabetta gave them the church outright.

A place for community

It became apparent that the church’s high steep front steps made access difficult for some. “They are beautiful for wedding pictures, but not very practical for people with mobility issues,” says Barrington. In the middle of the pandemic, the Church of the Nazarene started a fundraiser to install an elevator. “Our goal was to raise $35,000, and in five weeks we raised $42,000. Donations came in from as far as Brandon, Manitoba,” says Barrington. “People who had not set foot in the church said, ‘If you’re going to use it for that, I’m in’.”

Costs had risen due to the pandemic, so the excess amount raised was also needed for the project. It took two-and-a-half months for the elevator to be installed by the Atlas company after the shaft was built by local contractor Brendan Boyle. The building is now accessible by all.

The Church of the Nazarene has plans to make spaces available for a soup kitchen, after-school homework programs, and seniors’ lunches. “We would like the church to be what it used to be… a community center,” says Barrington. With so much family history connected to this building, Barrington says, “It’s like coming home.”