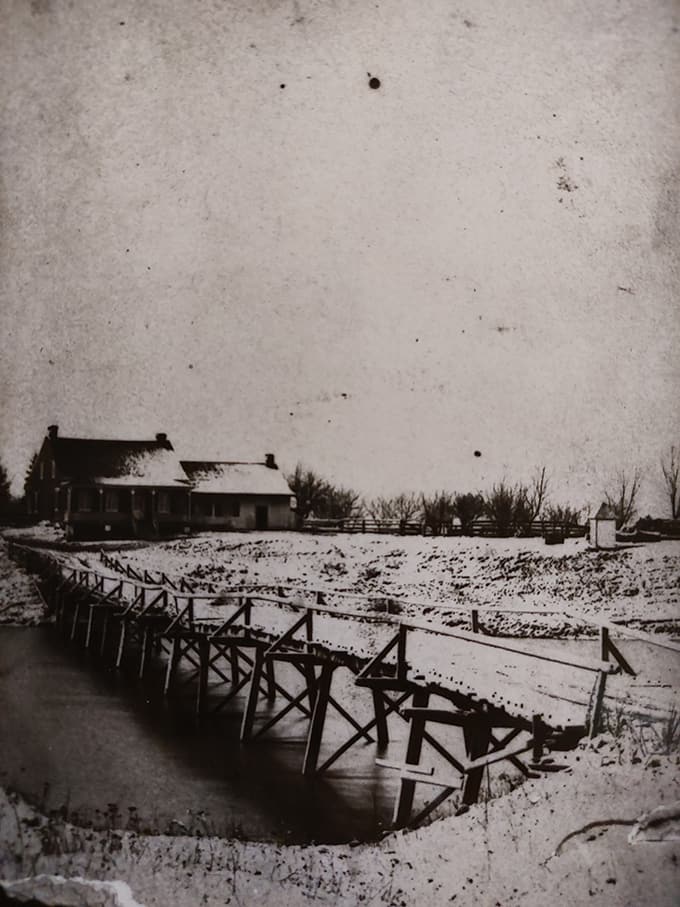 The Turcot Bridge
Can you believe the Turcot Bridge was once a tollbridge? David Silliman took this picture in 1886, before the wooden bridge was removed and the construction of the new iron bridge began in1887. The wooden bridge was taken down everywinter so that the ice would not destroy it. It wascalled a “pont flotant.” The Turcot family did not charge a toll to members of Georgetown Presbyterian when they crossed on their way to church. The new bridge was open for traffic May 10,1890. 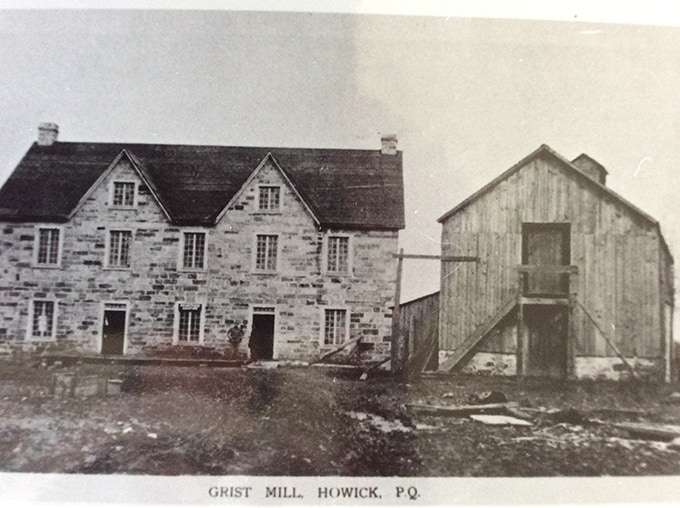 The Gebbie grist mill
The sawmill in Howick burned in 1830. In response, the seigneur engaged two Americans to build a new sawmill and gristmill. In 1832, Robert King was engaged as miller, and the mill was rated the best in the province. The grain was unloaded at the door; then, the kiln was used to dry the oats. T.T. Gebbie sold the mill site in January 1927 for $2700.00. The mill was dismantled, and the stone was used to build the Howick United Church.

From the archives of the Société Historique de Saint-Anicet June 8, 2022