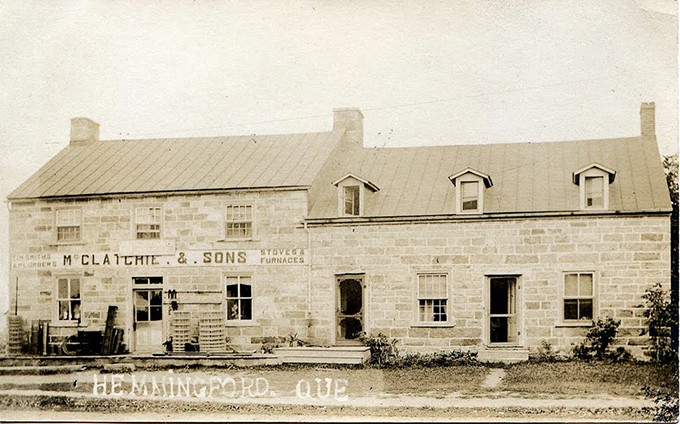 William Scriver bought this stone home and hotel from Tay Edwards, and it flourished as a hotel for many years. It was sold to David Dunlop, a dealer in tinware. Sam McClatchie came in 1878 and trained with Mr. Dunlop to be a tinsmith. Thomas McClatchie, his son, took over the operation. The store passed on to Romain Priest as a hardware store, then to Henri Paré. It is now the Witsend Pub. 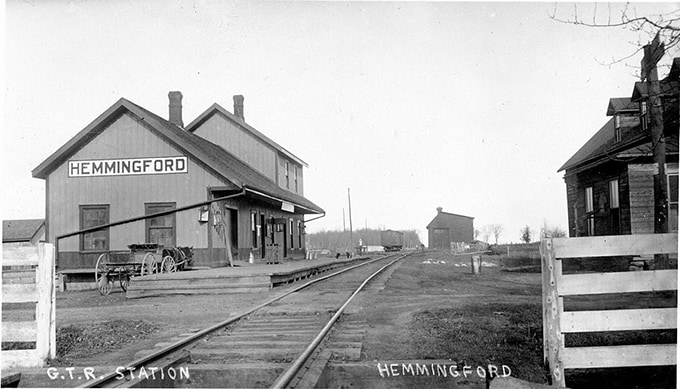 The Hemmingford railway had freight service from 1852 to 1966. Passenger service was available from 1860 to 1957. The train station stood across from where the fire station is now on Route 202; it was torn down in the late 1960s. The rail bed going north is now paved and is a popular walking and biking path. The Hemmingford Archives has an extensive file available on this railway.

Get back in touch with the Valley this summer